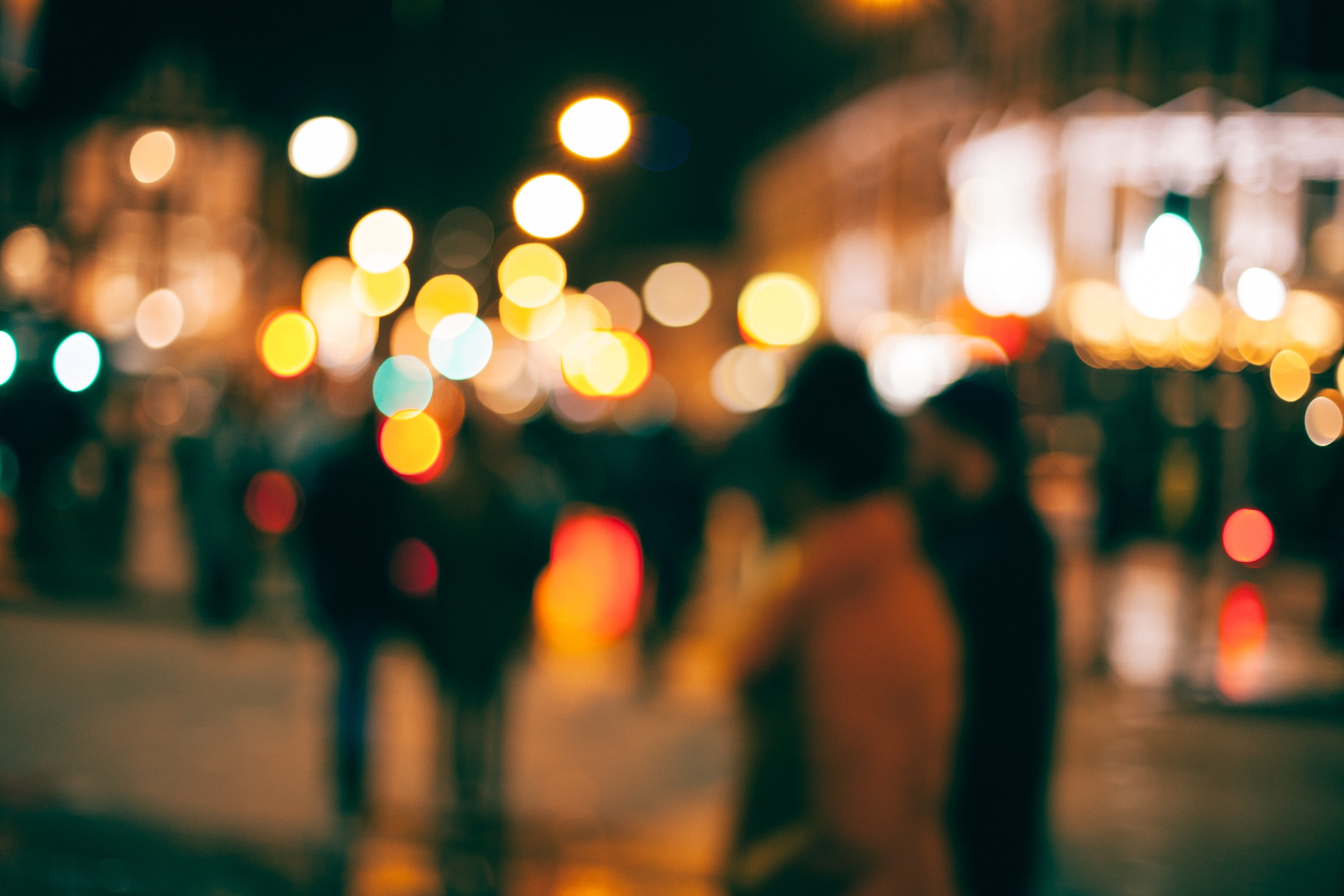 She wakes to a crisp December morning, her alarm, still the soft keys of a piano pressing against her ear; her heated blanket, heavy, still warm beneath her weight. She rolls over in bed, slips further beneath the covers – disappears. Tries to.

“You planning on living in limbo forever?” He asks.

“I quite like it in limbo. It’s been great on my skin. And the coffee – it could be better, but I’m getting by.”

“Yeah, me too.” She presses the pencil against her lip. “No shit.”

She wakes up to a warm Christmas morning, the sun still pulling it’s way up over the horizon. Her brother’s breath, deep and slow next to her. She reaches over and taps him, then bends her legs, presses them against his back, and pushes until he stirs. When he wakes, he rolls over, his eyes still crusted with sleep, looks up at her, blinks, once, twice, murmurs something behind his hands. She turns, looks over at the clock still resting on the floor. Two more hours until they can sneak downstairs.

“This is the third time this week you know,” he says. He shifts his weight to favor his right, cocking his hip, then placing the kettle carefully over the small flame. Water droplets chase one another down the metallic surface, and with each turn to balance the kettle on the flame, they fall on the burner and hiss. He reaches out and catches one on the tip of his finger, letting the water coat it and run through the labyrinth of ridges on his skin.

“My world has been a bit off,” she says to herself, the words barely reaching him. She clears her throat, attempts a smile. “You need to eat more, or you’re going to blow away with the wind. Then where will I be?” She looks at him curiously.

He turns, his hair fanning out in a wave just above the nape of his neck. “Well you won’t be here.”

He shrugs and picks up the kettle.

She wakes up to the warmth of him against her. She reaches up and brushes the hair away from his face, then folds herself into him. Without a word, he wraps his arms around her, draws her closer. She presses her cheek against his chest and listens to his heartbeat. When she tries to pull away he holds her there, tightens his grip. “Merry Christmas M-.”

He appears in the doorway and hops up on the counter next to her. His head, newly shaven, displays a long curved scar just above his ear reaching up towards the side of his forehead. Brain cancer, he had said when he arrived. A minor inconvenience in the scheme of things. “You guys aren’t as close as I remember,” he says, gesturing over towards [redacted], who is bent over across the kitchen table taking shots.

“Tonight was actually the first time I talked to her since school started.”

There’s a brief pause, and everything goes quiet as the song playing fades out. She adjusts her legs, which had fallen asleep. As the chords of the next song crawl through the speakers she turns to him, “I just feel like staying here means throwing it all away. Is that cliche? It feels cliche to say out loud.”

He hums in response, then takes a sip from his smoothie. “Maybe…You can’t really know what’s going on with other people though, can you?”

“It’s not your problem though, right? You’ve got your own shit.”

“And you?” She asks, pointing at his scar.

He shrugs. “I leveraged the whole situation into getting a dog, so basically worth it.” He gives her a thumbs up, then slides off the counter. Seems like everyone deals with things differently.

She wakes to the smell of coffee and her father in the doorway of the guestroom. Blue plaid pants, a white t-shirt with a stain just below the collar bone,  his hair ruffled and greying. She stretches and sits up, her hair a tangled mess. She can hear something frying downstairs, and there’s the smell of gingerbread, like home. Somewhere in the next room her brother curses and groans to the sound of his alarm.

“How often does it happen?” he asks carefully. She is well aware of his hand, draped in mid air behind her back, waiting, waiting for her to say something.

“I don’t know,” she says. “Probably too often.” She looks down at the mug and smiles to herself. The sake’s cold now.

She looks over at the others sitting towards the edge of the bar. “Write?”

She spends her morning the same as the others before it: quietly making coffee, sitting on the floor in front of her mirror carefully pressing powder into her skin, distant voices from a podcast she’s listened to every day since the beginning of the year pulling through the speakers. Despite everything – despite every goddamn little thing, she’s happy. She’s fine, she whispers to herself, she’s fine, fine, fine. Speak the poetry you’ve written, make something for yourself. Chin up, kid. She thinks she’s heard it in a movie once.

“I have a feeling I’m at the rock bottom arc of a shitty manga,” he says, taking a sip of beer. “Season 5, when the writer’s should have just quit, you know?” He continues – something concerning an imminent suicide from a self-inflicted annuerysm just so he could use a cheesy pun at the funeral.

“I’m putting that on your gravestone,” she says.

“Nah, Liam already wrote my epitaph: He was a tired man.”

“How about for you: She was desperately apathetic.”

Perhaps the myth of youth is the idea that you have all the time in the world to figure out who you are. You wake up one morning, pull back your hair, and smear the mask of the day onto dried skin – and ta-dah – this is you. This is today’s you. The diet will start later, the achievement of something, anything will all come together soon enough. Because right now you can grab a taxi (at this very moment), pick up a new shirt, a new face, and buy a ticket to anywhere. Today, you can start your new life! So why don’t you? You could if you wanted, if the world wasn’t a complete mess right now, you really could – This is what you tell yourself, this is what she tells herself. But she did this for 1095+ days, and suddenly, who she is, this is it. It’s not a bad thing, she hopes. Perhaps she’s better than who she was last year, the year before that, and hopefully, she’s better than who she was at 16, at 18, at 20.

We progress, don’t we? We move onward? Upward?

“Honey, is this what the living do? Dream of the problems they are burdened by until morning, then forget them all together?”

“Of course they’re never forgotten. But, we’re all too busy to worry about existential dread. I have Monday meetings and not to mention a presentation on Friday!”

But these days, she can never be too sure. Whoever she sees in the mirror, it’s someone she doesn’t know, barely recognizes at times. That girl she sees, she puts on makeup, she goes out into the world with a quiet confidence that begs imposter, and talks to people (talks to too many people), tries to be the best of everything she never was. Emulates the things that seem desirable, then shreds them alone in her room at night. She smiles when she talks to her parents, she picks the anecdotes best performed to please, and sweet talks until she’s laughing, and they’re laughing – there’s a lightness in the air.

A bead of sweat dripped down and fell from his brow. He gestured outside, nodding towards the town the train was rolling through, the saturated oranges and yellows, bright with intensity as the sun beat down on them, matching the color of [redacted]’s face, a deep, almost rustic color like dried blood. “You get to pretend that this isn’t where you fucking came from.”

“Why are you so fucking ashamed?”

She became nostalgic for the things untouchable, memories that had begun to lose color, conversations that felt incredibly important, and now, are busy evaporating beyond the words once spoken, never kept. Worse still, she thought of the bridges she burned in a life that feels previous to the one she has now. The responsibility she was too scared to take at that moment, and the quickness of which she ran across the world rather than accept actions she took against others, against herself. She thought of her stomach, shrunken, desperate for food (still denied), her arms, cut and sliced from years of regret, her throat, lungs, burned with tar. Yet-

“It’s bizarre how nonchalant you are about this whole thing.”

“I mean, it’s not exactly like the odds were in my favor.”

“Did you know that five out of every five people will die?”

“I think the numbers are a bit higher than that.”

“They must have pretty nice lives,” he said. He slowed as they neared the office building. “So, what are my chances of where I’ll end up? Heaven sounds nice, and I’ve always looked great in white.”

For every story she had written in the past seven years, there feels a theme of uncertainty. Ideas of place and misconceptions of others seem to be ingrained in each piece, threaded throughout – a mess of both the desire of belonging and not belonging. It feels overdone. But deep down that seems to be the root of what her subconscious is. Worries spill out on the page – poorly written even. She’s grown terrified of a future that she feels she no longer has control over. She’ss felt weightless for far too long and grown so accustomed to the feeling that she’s unsure how to breathe without it.

“So why did you come here today?”

“Because you asked me to.”

“Did you even think about it?”

She wakes to a morning under the light of foreign sun, which perhaps feels more like home with each lunar cycle. She reasoned with death until the early hours of the morning, then passed into blurred fantasies that dragged her into the depths of unconscious resolutions. As she stares at the ceiling she accepts the weight pressing down on her shoulders and wipes it away. If she takes the day as a breath of passing time, perhaps things will get easier. Perhaps her fascination with death is not with death at all, but with being reborn in a thousand forms across a thousand pages across a thousand worlds. There’s no anger here. Steadfast bargaining. Perhaps this is her concession.

If she peels back the skin on her fingers, yanks and pulls until the blood coats cuticles, and the only ringing in her ears would be not from the waves crashing against the rocks, but from the warping of the pain within her, filling the void, and reminding her that whatever she is feeling at that moment is, useless.

Remember: Worrying will ruin your skin, and we can’t afford plastic surgery, now can we?